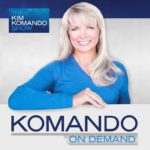 Baby boomers were born between World War II and the early 1960s. There is some contention over the exact birth dates for the generation. However, many baby boomers can remember the assassination of John F. Kennedy. The tragic event left an indelible impression. Baby boomers will remember plenty of other things, too. And most will inspire fonder memories than JFK’s assassination. At I Remember JFK, you can read one baby boomer’s recollections. The blog covers movies, television shows, cars and popular culture. Even if you’re not a baby boomer, you’ll find it fascinating! 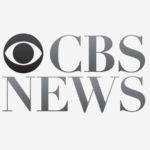 www.iRememberJFK.com focuses on the way things used to be, just looking at and reading about the old cars, clothes, food, gadgets, etc. from the ’50s and ’60s. Eight track players, transistor radios, Polaroid cameras, and how about the little yellow plastic 45 inserts you’d put in the middle of the record so you could play it on your portable record player? You can also read about things like old soda pop, the ones you really can’t find anymore like RC Cola, Nehi, Orange Crush and Shasta. Also, something called “Lucky Tiger Hair Tonic,” Leisure Suits and “PF Flyer” tennis shoes.

If you have any of the stuff you see on the site stashed away in your attic, it might inspire you to pull it out. It can be a real hit with collectors. Dust it off and put it on eBay; you might be surprised at what it goes for.

When it comes to trips down memory lane, consider this website to be the nostalgia superhighway. It’s called I Remember JFK and could easily be called “I Remember JFK, Big Wheels, Wax Lips, Smoking on TV, Small Pox Vaccinations at School, Dragnet, Push Button Radios in Cars, PF Flyers (!), The Frito Bandito, Spirographs,…” You get the idea.

Warning be prepared for your productivity to take a 20 minute hit when you first go to this blog. 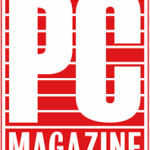 Started by a baby boomer and Linux user named Ron Enderland, I Remember JFK is a blog dedicated to the life and reflection of the boomer generation. Enderland posts candid memories of the ’60s and ’70s each week, recalling Funny Face drink mixes, The Carpenters, and Wham-O toys.

If you remember JFK, then you must be at least in your late 40s, and that makes you the target audience of this nostalgia-drenched site which revels in memories of the good old days. Essays about tailfins, “Leave It to Beaver,” formica, and Pinewood Derbys abound, with each daily entry also available as a podcast. Feel free to suggest your own favorite memory from the Eisenhower and Kennedy years.

Back to I Remember JFK