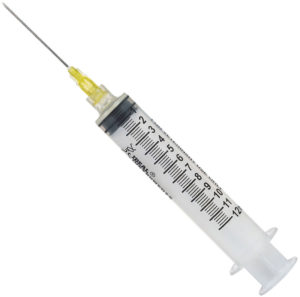 I had all of the childhood ailments common to Boomer kids. Fortunately, by the time I was born in 1959, serious diseases like whooping cough, polio, and smallpox had been largely eradicated by vaccinations. But there were less dangerous but unpleasant illnesses like chicken pox, the mumps, and the flu that would require those dreaded trips to the doctor.

It seemed like I caught everything that came through town. So I was a regular customer of Dr. Wendlekin.

So, if I had to go to the doctor, I would try to concentrate on the positives.

The biggest plus, of course, was getting the sucker after all of the unpleasantness was behind you. Dr. Wendlekin had safety suckers, with a thick string for a handle. I don’t know how many kids had unfortunate experiences with cardboard sticks, but you were safe running with a safety sucker! 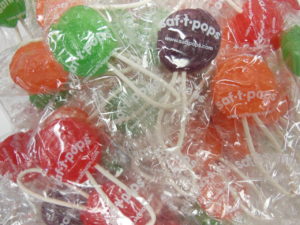 Another positive was Children’s Highlights magazine. Man, that Goofus was always getting into trouble, but he sure had a lot of fun! I guess he might have been one of my early role models. I enjoyed reading the magazines in their thick bolt-down plastic covers.

Then, that nurse would step out and call your name. With reluctance, you dragged yourself out of the chair and headed back to the torture chamber.

But the doctor’s office was a fascinating place in itself. All of those metal instruments were just begging to be handled out by a curious child, but I always refrained. I knew the pain that their owner could inflict, and didn’t want to give him any excuses to add to it.

Finally, Dr. Wendlekin would wander in. He was a pleasant sort who would seem genuinely pained to inform me that I needed a shot. At least he wasn’t sadistic about it. No, he was kind and patient. In those days, pediatricians weren’t so common in small towns. He was a G.P. who also delivered me at Miami Baptist Hospital, so he truly remembered me from my earliest times.

So, I would go through the exam, feeling that cold stethoscope on my chest, keeping that blasted thermometer in my mouth for an eternity, then getting jabbed in the wazoo with that hated needle.

On the way out, I would collect my reward of a safety sucker, then off to home.

At least I got a day or two off school out of the deal.