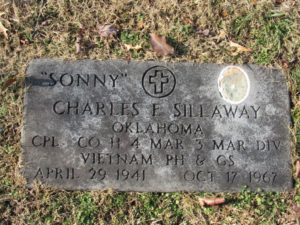 This column is not about opinions. There are plenty of them to go around without adding mine. Rather, it’s about the sadness that exists when children are raised in an environment where war is considered normal.

My first coherent memory, as my regular readers know, was the assassination of John Kennedy. At the time of his death, American soldiers were being deployed as “advisors” to the nation formerly known as French Indo-China, now split into North and South Vietnam. Within two years of the President’s murder, the United States would be embroiled in a quagmire of a war that would strongly divide a nation, that would reek of bureaucratic mismanagement, and that would cause many mothers and fathers to weep tears of agony.

I have many, many memories of the Vietnam War. Both of my brothers served during that time, one in the Navy on an LST, the other in the Air Force flying C-130 missions. Thank God, they both came home okay.

But I also recall a widowed neighbor across the street who twice became hysterical and had to be comforted by family, friends, and neighbors. The first time was when she received news that her son had been wounded. The second, about a year later, was when she was informed of his death. 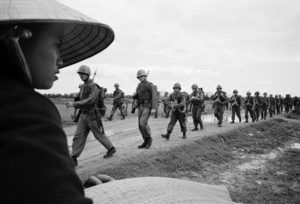 The war was something that dominated the news every night. Scenes of napalm bombings, of big guns firing at unseen targets, and of soldiers running through gunfire became repeated so many times that they lost any shock value that they might have had on a seven-year-old. Only Life magazine delivered the true horrors of war to my mind, as I stared breathlessly of images like the street execution of a Viet Cong operative, the Buddhist monk setting himself on fire while a Vietnamese soldier watched and searched for a lighter for his cigarette, and the children running and screaming as they are hit by splashes of flaming napalm.

The nation was deeply divided over the unfortunate conflict. The veterans and their associations would never dream of questioning what their Commanders-In-Chief were asking of them, or their offspring, for that matter. But as the war was handed from President to President, its focus seemed to wander, its backing from its own government seemed to become dubious, and ultimately, history made its entire purpose one big question mark. Vietnam is now a Communist nation with considerable freedom compared to, say, North Korea. And, in fact, it’s a nation that does business with the United States.

Yet, many brave young men lost their lives trying to protect the nation from Communism. Perhaps they would have better been used dispatching Cambodian homicidal madman Pol Pot, who executed a large percentage of his nation’s population in the Killing Fields.

The war caused much protest, many times the violent sort, and that was a steady source of news coverage in those days as well. Anyone can have an opinion, but when returning servicemen were reviled and spat upon as “baby burners,” well, that just sucked.

That’s like chewing out the checker at Wal-Mart because their employer does billions in business with ANOTHER Communist nation: China.

Indeed, the world is a convoluted, complicated place where what’s right and what’s wrong often cross over each other to a great degree.