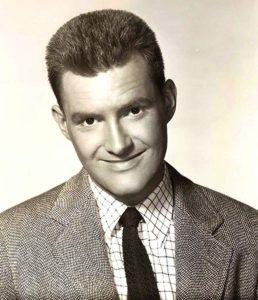 Orson Bean was born Dallas Frederick Burrows on July 22, 1928 in Burlington, Vermont. He had a cousin you may have heard of, Calvin Coolidge. But speaking from my own perspective, he is renowned for his quick comedic style and demonstrated on various episodes of the Johnny Carson Show which I viewed as a child.

The original Mr. Bean was a huge influence on this particular class cutup who continues to practice his craft as he very rapidly nears the half-century mark. But interestingly, while I have found much in the way of biographical information on Orson Bean the stage and film actor and panelist on To Tell the Truth, information on his Tonight Show appearances was practically nonexistent.

So today’s I Remember JFK memory will recall the nights when I would light up like a Christmas tree, because (a) Orson Bean was on Carson and (b) it was either a summer night or a Friday, which meant that I could actually stay up and watch the funniest man in the world, apologies to Johnny himself.

When he was a teen, Burrows dreamed of a career as a magician. He took on the first name of another famous prestidigitator, Orson Wells. I was unable to find the source of his adopted last name, maybe it just sounded good to the young man.

His quick wit soon outshone his sleight-of-hand talents, and by the early 50’s he had a successful New York nightclub act. Life was good for the young man, but he felt a strong calling to the footlights. From 1955 to 1961, he appeared in some likewise successful Broadway shows. He won Critics Choice awards for his performances in Mister Roberts and Say Darling.

Bean continued to appear in Broadway plays throughout the mid 60’s, but was better known in the early part of the decade for his gig as a panelist on To Tell the Truth.

By the early 70’s, his show business jobs consisted largely of guest appearances on talk shows.

Must-see TV for me was when I would catch a commercial for that night’s Carson show and among the guests was Orson Bean.

Bean’s gigs on the show exemplified his talents in delivering the quick quip, the good old-fashioned joke, and the hilarious true-life tale.

One I recall involved his wife and himself stumbling into a crowded gay New York bar. They soon realized that they were in the wrong place, and began making their way to the front door through the throng. Orson felt a pinch on his rear end. He turned around to see a young man looking the other way. So he playfully pinched him back. The man gave him what Bean described as a “dazzling smile.” Once his wife and himself made their escape, she said “I spotted a path to the door and pinched your butt to get your attention. Why did you ignore me?”

I’m happy to report that Orson is still around and working. He was on How I Met Your Mother last year. He also had a fat recurring role as storekeeper Loren Bray on Dr. Quinn, Medicine Woman as well as roles on some successful Norman Lear series of the 70’s.

Here’s hoping he keeps working a long, long time. And here’s also hoping that some of his Carson appearances turn up on YouTube soon.