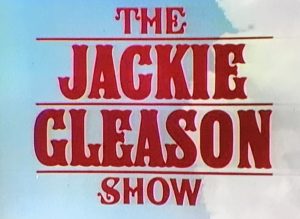 Don’t look now, but I have uncovered yet another phenomenon that was as common as the cold when we were kids, but which has disappeared as completely as 29-cent-a-gallon gasoline: the classic TV variety show.

We took variety shows for granted when we were growing up. If we weren’t watching Jackie Gleason, we were watching Red Skelton. But there were some that NOBODY missed: Sullivan and Dean Martin, of course, as well as Uncle Miltie and Your Show of Shows (for those old enough to remember the 50’s).

But, like so many things we took for granted, the TV schedule full of variety shows has passed from the scene.

Sullivan had a unique approach to variety. He would basically reproduce vaudeville. Thus, his shows would feature comedians and singers alongside circus acts. But most variety shows followed a different premise: lots of music interspersed with comedy. 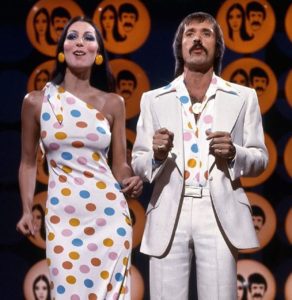 Thus, most variety show hosts were comedic by nature. Sonny and Cher were singers, but their comedy came naturally with their barbs at each other. Carol Burnett was an actress who became more famous for her comedy thanks to hosting her own venerable variety show for an amazing eleven-year run.

Some variety shows used comedy sparingly. Lawrence Welk’s show was mostly musical (and a big hit among our grandfathers and grandmothers). Andy Williams’ show was mostly singing, ergo not one of my favorites. Julie Andrews had a show in the early 70’s that was all musical, as I recall.

But the ones I loved had lots of laughs. The Jackie Gleason I remember wasn’t Ralph Kramden standing in his black-and-white kitchen. No, he was the one who would say “How sweet it is” and “awa-aa-ay we go!” Interestingly, Gleason’s variety show work actually predated the Honeymooners. He had one of the DuMont network’s biggest hits beginning in 1950, Cavalcade of Stars. By the 60’s, he was back to hosting a show that my parents loved. I have snapshot memories of Crazy Guggenheim, the June Taylor Dancers, and of Gleason singing “A Man’s Home Is His Castle.”

Tune in tomorrow for more memories of the late, great variety show.