We grew up in the Jet Age. The Computer Age. The Space Age. Cars were getting longer, sleeker, and faster. The world, too, was moving more and more rapidly. What on earth would the future be like over thirty long years distant?

One prediction was made by Philco-Ford in 1967. Click on the video to see for yourself how close they came.

By the way, that guy who cringes when he pays his wife’s bill electronically is actually future game show host Wink Martindale.

All in all, this was a pretty impressive stab at how the computerized home of the future would be run. We probably would have been on Mars by now if we hadn’t decided that wasting money on space flight wasn’t less important than solving our problems on Earth.

BTW, how did that work out?

It has long been a human impulse to predict the future. George Orwell (who might have needed Lexapro 😉 predicted a cold, repressive society where your every move was watched by the governmental authorities. While some might argue that he wasn’t far off, the argument could also be made that he missed it by a mile.

Jules Verne penned Paris in the Twentieth Century in 1863, about life a hundred years hence. It too predicted a dominating government which subsidized the arts, demanding that they be simple enough for the most uneducated to understand. He also mentioned gasoline-powered automobiles, calculators, society’s strong dependence on electricity, high speed trains, and “a worldwide “telegraphic” communications network” that sounded very much like our beloved internet. 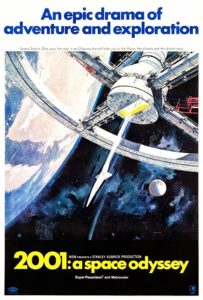 But back in the sixties, many of humankind saw themselves surviving into the next century. I was born in 1959, and I can remember looking at my father and realizing that when I was his age, it would be 2000. Profound stuff for a kid to ponder, to be sure.

What would the world be like then? Well, we would certainly be on our way to visit Jupiter with the aid of cold-storage hibernation and a sophisticated computer running the spaceship. 2001, a Space Odyssey was simply too realistic to be be inaccurate. So I took that for granted, along with future commercial travel to and from the moon. Actually, that plan is in the works, albeit in its infancy.

Another source of future speculation, at least for us youngsters, was the Jetsons. We looked forward to zipping around in our own rocket cars and having the robot maid cleaning up the various messes we would make. Indeed, many predictions about life in the 21st century revolved around, not whether we would fly to local destinations, but HOW. Would it be flying cars? Personal helicopters? Jet packs strapped to our backs?

Actually, the jet pack was around in the 1960’s. The Bell Rocket Pack was seen in James Bond movies, Lost in Space, and at live demonstrations at Disneyland. But I wouldn’t call it a common form of transportation today, even though a few private individuals own their own rocket packs.

So here we are. Some of the things we do would be viewed in amazement by our youthful selves 30-40 years ago. Yet, all in all, life in the 21st century really doesn’t look a whole lot different from life in 1967.