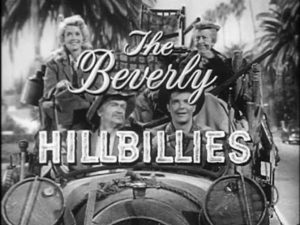 This column was inspired by the sad news of the death of Earle Hagen, former big-band musician who is better known for composing (and whistling) the theme to the Andy Griffith Show. He also wrote themes for a dazzling amount of other series, including I Spy, That Girl, The Dick Van Dyke Show, Gomer Pyle, USMC, and a whole lot more.

However, this column is not an obituary for Mr. Hagen. Others have already done a better job of that than I could. Rather, it’s a poignant remembrance of when TV show theme songs meant something.

Who can’t recall the song from The Beverly Hillbillies? Batman? Green Acres?

Indeed, no self-respecting TV show of our youth would dare take the airways without a well-crafted theme song that we would be whistling, singing, or humming long after the episode had ended.

What happened to all that?

One of my favorite shows is Deadliest Catch, about the Alaskan king crab fishermen. However, even though I never miss an episode, I couldn’t tell you anything about the opening theme. It doesn’t even have one, for all I know.

One of my favorite shows from the 90’s was Homicide: Life on the Streets. I DO recall its theme song because it was so awful! It was a real cacophonous stinker that contrasted sharply to the great show. Compare that situation to Secret Agent Man, an absolutely classic theme song that accompanied a show that was by and large pretty forgettable.

The old theme songs had a way of sticking permanently in your memory like a porcupine quill. Example: in the mid 80’s, Nick at Nite showed reruns of Car 54, Where Are You?. My wife watched it occasionally, I don’t think I ever did. But that theme song that played in the background of our apartment is permanently lodged in my memory banks!

On the other hand, my wife’s current favorite sitcom is The King of Queens. She watches DVR’ed episodes many afternoons when she gets home from work. Yet, I had to think hard before I remembered how its theme song went. It’s a good one, but unforgettable? I think not. 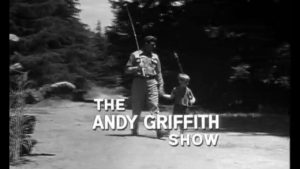 Quick, without clicking the link, play back the theme to American Idol (The country’s top-rated TV show at presstime) in your head. Now, Dancing With the Stars. Okay, how about my favorite “broadcast” show, House?

These are all Top-Ten Nielsen shows, and I’ll bet the themes escaped you. Sad, isn’t it? What happened?

For one, the VCR. Suddenly, we could fast-forward our way past drudgery like opening sequences. The DVR makes it even easier to skip through to the meat of the episodes.

For another, society’s changes have made theme songs disposable. Look at how well Seinfeld did for all of those years with an unrepeatable funky bass riff for a theme. Who cares? We tuned in to see comedy, not listen to music. Somehow, the show itself became much more important than the music which accompanied it.

Ironically, shows with memorable themes like The Sopranos, and the various flavors of CSI rely on hit songs that stood on their own well before the TV show adopted them.

So here’s to Earle Hagen, whose passing reminds us that his craft, the essential catchy TV theme song, preceded him in death some time back.