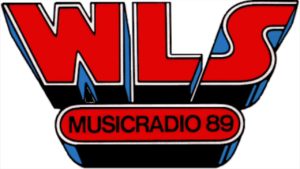 I doubt that there is a rock and roll loving Boomer within 1000 miles of Chicago who doesn’t have fond memories of a bedroom AM radio with the dial set to 890. The first pushbutton on the car radio was likely also set to this position.

If you wanted to hear rock and roll on the radio, your options were limited circa 1972. In my location, FM was hard to come by. Besides, it was Country Music Central. The two stations that DID play rock and roll left something to be desired. One was strictly Top 40, with the harder stuff filtered out, so it was more like Top 27. And those songs were endlessly repeated until you hated them. I still can’t listen to “Let Em In.”

The other station required you to be within about 500 yards of the tower to pick it up in stereo (only slightly exaggerated).

Thank heavens for sundown. That meant that WLS was cranking up their power, and we finally had state-of-the-art R&R.

WLS was simply magic. You could tell if a song was good or not by seeing if they played it. And the music they played ran the full gamut, from the sweet soul of Smokey Robinson to the raunch of Black Oak Arkansas, with everything that is Rock in between. And NO disco (that I recall, anyway)!

We knew the jock’s names, too. Dick Biondi, Larry Lujack, John Records Landecker (that was his real middle name, BTW), Fred Winston, and Art Roberts seemed like old friends. It didn’t matter which one was on, they were ALL great.

The little town I lived in at the time was Pea Ridge, Arkansas. One unforgettable night a schoolmate called in a request, and the DJ had a lot of fun making fun of the town’s name. We absolutely loved it! After all, we made fun of it too.

I listened to WLS up until I got a tape player for my car. I preferred listening to my own stuff after that. I was a fool.

WLS didn’t last forever, as I assumed it would. On August 23, 1989, the last song was played. It was “Just You and Me” by Chicago. After that, Sally Jesse Raphael’s talk show followed it, and WLS became a talk radio station.

However, salvation has come to Boomers who miss the greatest rock and roll station that ever existed. Go to http://www.reelradio.com/ and sign up for a year. It only costs twelve bucks for a year’s access, and it will be the best twelve bucks you ever spent. They have hours and hours of classic WLS shows, along with practically every other radio station in North America. You’ll think it’s 1972 again.

Also, check out http://www.wlshistory.com/ for ALL of WLS’s history, including the Hindenberg crash broadcast. And thanks to them for the graphic!