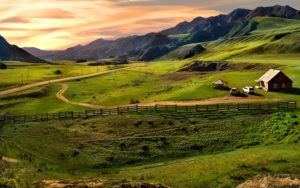 I grew up in Miami, Oklahoma, classic small-town America. I had lots of freedom to go play all over town all day. But a special treat was getting to go play in the country.

My father owned a truck garage. One of his mechanics lived out of town a few miles on a farm. The mechanic was a good guy and his wife was sweet, too. Once in a while I would get to play all day long on their farm, loaded with woods, open pastures, hills, a little creek, cows, horses, and a big barn with a hayloft.

For a “city” kid to get to spend all day in such nirvana was a highlight of the summer. 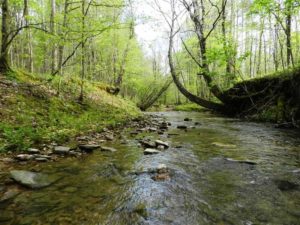 I would be dropped off early in the morning. I would head out and spend the entire day doing cool country things that I couldn’t do in town.

The first thing I would do was head down to the creek with a big glass jar. Then, the hunt would begin. I would capture whatever little critters my hands could outwit. “Crawdads” (more properly known as crayfish) could be apprehended by sweeping the jar through the area formerly occupied by a rock. Lifting the rock would reveal one of the clawed crustaceans hiding, staying out of the sun. We had brown “mud craws” in town that would dig vertical tunnels in damp dirt marked by chimney-like towers of mud around them, but these beautiful creek craws with their red-tipped claws were more highly prized by juvenile hunters.

After a few hours of crawdad catching, I would empty my jar and head out to the pasture . The jar would now sport a lid with holes punched through it to allow ventilation for its next captives.

If there were clover flowers, it was bee catching time. All you had to do was drop the jar over a flower with a bee attached and wait for it to fly. Then you slapped the lid on and gazed with wonder at the insect’s detail, the pollen that covered it, and the swelled sacs on its legs that held nectar. 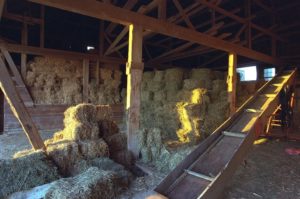 Now, off to the hayloft.

A hayloft was a truly magical place filled with aroma, ambiance, and dander. It had a smell that was heavenly, but which would instantly stuff me up if I inhaled it with my allergies that appeared many years later. This getting old crap has its drawbacks.

Just getting into the hayloft was cool. You climbed up a ladder that was permanently attached to the wall through a trap door. Once in the open confines of the loft, lighting was brilliant sun shining through small cracks between oak boards. It was dim, yet blinding. And there was hay EVERYWHERE! you could climb over it, jump in piles of it, make forts out of it, or whatever else the shining imagination of a child could come up with.

You would sweat gallons, inhale vast amounts of pollen and dust, have every area of your skin that persistently touched the hay get covered with little red scratches, and have the very time of your life.

At the end of the day, mom or dad would pick me up and would take my exhausted, stinking self home. I would be asleep in the car before we had traveled a mile.

The bath I got when I got home would likely reveal bloodsucking little creatures patrolling my skin looking for a place to drill. An itching sensation meant a tick had hit paydirt.

But any inconveniences were massively outweighed by the sheer exhilaration that a city kid would feel when he got to spend a day in the country.