Generations go through societal changes, but some see earthshaking adjustments. Imagine being born in 1880, and seeing the airplane invented when you were 23, then seeing man on the moon when you were 89. Well, we baby Boomers were eyewitnesses to a similar quantum leap: the Civil Rights Movement, and all that it accomplished.

When the Civil War ended in 1865, slavery was outlawed. However, even though blacks were no longer property for sale, white society, particularly in the south, quickly passed laws which enforced a virtual slavery just a bit less oppressive than the real thing.

Jim Crow laws claimed that blacks and whites could comfortably live separate but equal lives. In reality, the white side of town was invariably much wealthier than its black counterpart, and “colored” schools, water fountains, bus seats, et al were simply inferior versions of the white varieties.

This was the status quo of life from 1865 until 1955. That year, the United States Supreme Court made a landmark 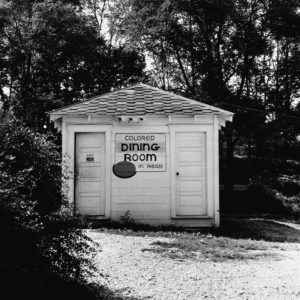 decision in the case of Brown v. Board of Education of Topeka, Kansas. A unanimous decision was handed down that the traditional separate but equal situation was unconstitutional.

That meant that segregation had been declared illegal. But things weren’t so easy in real life. The Civil Rights Movement was necessitated by white society’s reluctance to accept blacks as their equals. It was no longer necessary for a black man to “know his place.” But an unfortunately large number of whites, particularly in southern states, saw no reason to stop business as usual.

For example, southern governors such as Orval Faubus and George Wallace refused to desegregate their states’ schools. It took the federal government’s stepping in to allow black students into traditional white schools. And their lives were not sunny under such circumstances, as school faculty sympathetic to segregation would apply pressure via outright discrimination, or by looking the other way as prejudiced students would harass them.

So blacks had to fight for their rights in many cases. The approach for doing so varied from peaceful marches led by Martin Luther King to outspoken activists like Malcolm X calling for death to the white pigs.

Marches took place all over the United States from 1955 through the 60’s. The idea of racial equality was accepted without question by many. It took some getting used to by many more. And an unfortunate vocal number were opposed to the very idea. Many brave men, women, and children gave up their lives protesting unequal treatment. 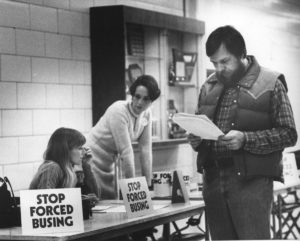 Racism is not something that comes naturally. Children of different colors playing together is an obvious proof of that. But when it’s taught from an early age, it’s difficult to overcome. Add to that peer pressure from fellow whites, and you can see why the south in general, and localized areas elsewhere, took so long to diversify.

But as the 60’s drew to a close, most communities had come around. Whites-only restrooms and drinking fountains were a rarity. However, many schools were still effectively, if not legally, segregated.

Unfortunately, beginning in 1971, forced busing was used to accomplish that final goal in some areas. Black and white children were bused far away from local schools to diversify others. That was an extremely unpopular situation for all concerned.

But some districts continued the practice for as long as twenty years. By the early 1990’s, busing was pretty eliminated by redrawing school districts, redesigning and/or rebuilding schools that were built with segregation in mind, and introducing “magnet” schools that offered special curricula to entice students from anywhere to voluntarily attend.

Are we racially equal today? Probably not. But we have certainly come a long way since 1968, since I saw my first and only whites-only bathroom somewhere in Mississippi. But unfortunately, black kids who grow up in inner-city poverty simply don’t have the same opportunities as white middle-class children. However, to contend that racism is as bad or worse than it was in our childhoods is simply extremist hyperbole.

Some problems may be beyond mere human efforts.