One thing that all Boomer kids had in common was that they grew up with an inherent distrust of the Russians in particular, as well as communism in general. WWII was fought to eliminate tyranny and oppressive governments, and here we were, twenty years later, and there was a wall in Berlin designed to keep its inhabitants from fleeing to freedom. An intensely frightening standoff between Kennedy and Khrushchev over missiles in Cuba had kept our parents and older Boomers up at nights, fearing the future. There had been a 1968 uprising in Czechoslovakia which had been ruthlessly crushed by Russian tanks.

It was all pretty scary stuff to an already insecure kid. I remember asking my mother repeatedly if she thought that we would be going to war with Russia. She would always tell me no, she was positive that we wouldn’t, but the reports on the nightly news would too often make her reassuring words sound hollow.

Evidence that we had a serious enemy in Russia was found everywhere during the decade. Many public buildings sported signs near their entrances announcing that they were fallout shelters. In other words, in case Russia drops a bomb on us, and we aren’t instantly incinerated, then we can run to the local library to gain a measure of protection from radioactive fallout.

Gee, THAT was reassuring.

I heard something absolutely terrifying on the Huntley-Brinkley Report one night. A Russian nuclear test was sending a radioactive cloud over parts of the US. I was inconsolable. I just knew that we would have to live in the basement of the library for years, waiting for the horrible air-borne poison to slowly become harmless.

For several years after WWII, the struggle between Russia and the US had no clear-cut good guys or bad guys in the eyes of nations that had not lined up one way or the other. Many democratic nations had large numbers of citizens who leaned toward the more appealing ideals of communism, including no class distinctions, blue-collar workers calling the shots, and ownership of land and resources by the general public, instead of wealthy autocrats.

However, as time wore on throughout the 50’s, this idealistic view of communism was soon replaced with cold, hard facts. State-owned resources made for a situation where nobody got much of anything. Far from classless, communistic societies were generally comprised of peasants and the ultra-rich. The workers calling the shots? Hardly. Instead, a wall had to be built around East Berlin in order to prevent unhappy, hungry people from fleeing to the free west section of town. 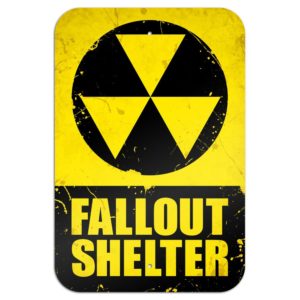 Thus, I was spared the paranoid era of McCarthyism, when the US was genuinely fearful that the commies could take over from within. In the only statement I ever heard my mother make about the time, she declared that the “witch hunt” was the worst thing that the country had ever been through. And she personally recalled the Great Depression and the bombing of Pearl Harbor. Strong words, indeed, from an eyewitness of truly bad events.

No, by the 60’s, it was quite clear that communism was a total failure, at least as far as its practice was concerned. Communist nations were invariably horribly-run operations consisting of cold, hungry, miserable populaces and “fact”-spewing propaganda media machines. Thus, the Cold War lines were drawn as citizen freedom vs. citizen oppression, as opposed to a wealthy class of greedy “haves” holding sway over the “have-nots”, as the idealists would have you believe.

While that change in philosophy did remove the McCarthy paranoia, it did little to assuage the fears of a kid who was terrified of missiles bearing nuclear warheads heading for his hometown.

Our kids grew up with the fall of communism, something that will no doubt create future nostalgic remembrances as they grow older of how they watched that infamous Berlin Wall get torn down on live TV. Our grandchildren have grown up in an era when the enemy now consists of an image of a fanatical, suicidal terrorist.

The Cold War that kept me awake at night when I was a kid is now a fading memory. Sadly, though, it seems that there will always be some sort of enemy to hate and fear.