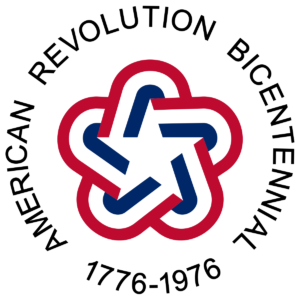 What a long, strange trip it’s been. We Boomers have a lifetime of memories that probably, as mountains of memories go, aren’t a whole lot different from any generation. Since the Industrial Revolution, quantum leaps in progress during one’s lifetime have simply been par for the course.

However, looking back, it was a wild and crazy coincidence that the 200th anniversary of the signing of the Declaration of Independence took place during the coincidental rises of the polyester and disco eras. Yes, the massive celebration (so stinking big it’s capitalized) that was the Bicentennial somehow hit at the same time that society in general hit what many call its sartorial and musical nadir.

I got a nice HO train set when I was fourteen years old. It cost nearly a hundred bucks, as I recall, a lot of money during that time. What’s amazing is that the train engine was painted in red, white, and blue in full Bicentennial regalia, and I barely even noticed.

That’s because painting big objects like train engines red, white, and blue was par for the course. Water towers, smokestacks, buildings, automobiles, buses, bridges, they were all tinted the three bold colors. We got used to it.

The Bicentennial was anticipated with the beginning of the decade. Postage stamps appeared with the familiar Bicentennial logo on them by 1972. And the United States mints never produced quarters, halves, and dollars dated 1975. Beginning that year, and continuing through the next, the dates on the aforementioned coins were “1776-1976.”

A contest was held in 1972 looking for the best designs for the nation’s 200th anniversary. The winners were what ended up in your polyester pants pockets. The Liberty Bell over the Moon on the seldom-seen Eisenhower dollar was absolutely stunning, IMHO.

One of the most impressive exhibitions given was Operation Sail. One of the things I loved doing when I was younger was building model sailing ships. It was two kinds of fun. You got to paint and glue together the plastic parts, then began the tying of the rigging. You would run hundreds of feet of black and brown string through tiny blocks and tie knots in them with tweezers. Months after you began, you ended up with a spectacular miniaturized edition of the Cutty Sark or some other sailing vessel.

Operation Sail gathered working sailing ships from all over the world to New York Harbor. There were lots of events on TV being covered at the time, but not enough of Operation Sail, ask me. What a magnificent sight, seeing these vessels, many of them a hundred years or more old, proudly maneuvering the open seas.

When I envisioned this piece, I figured I could cover my Bicentennial memories with one column, but I can tell that a celebration as encompassing as this one will definitely require further observations as time goes by.

But in the meantime, I leave you with my most vivid memory of the Bicentennial: a record album Every time I hear the word Bicentennial, it reminds me of Richard Pryor’s classic 1976 album which began with the same name.

Richard, rest in peace. You were rude, crude, and profane, but you were also one of the funniest people who ever lived.