If there was one thing we Boomers saw a lot of, it was musical revolution.

Perhaps it all started with our parents. After all they ushered in the Big Band Era, pretty revolutionary in itself.

But rock and roll outlasted it by far. And the British Invasion is still being felt after forty years.

The Invasion is generally thought to have originated the moment this photo was shot in 1964, and the Beatles deplaned in New York for the first time. But it actually started earlier, with a trickle rather than a flood.

Dusty Springfield had a hit in November 1963 with I Only Want to Be With You. She even appeared on Sullivan to sing it. Other songs snuck across the ocean by the Rolling Stones, the Dave Clark Five, and the Tornados. Interestingly, the Dave Clark Five was the first British rock and roll band to tour the US. 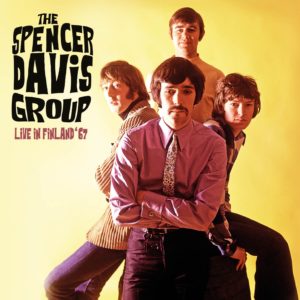 But when the Fab Four set foot on the tarmac on February 7, 1964, the dam burst. Besides the prodigious pile of hits by the Beatles, others bands and artists to soon hit it big in the states included Manfred Mann, Gerry and the Pacemakers, Herman’s Hermits, the Animals, the Kinks, the Stones, the Who, the Yardbirds, the Spencer Davis Group, the Moody Blues, the Troggs, Freddie and the Dreamers, Petula Clark, Donovan, the Hollies, and even Irish group Them, from whence came the great Van Morrison. And yes, I left a bunch out who also deserve mention.

We loved them over on this side of the pond. Even the one-hit wonders were wonderful, including New Vaudeville Band’s Winchester Cathedral, Shirley Bassey’s Goldfinger, and the Honeycomb’s Have I the Right. 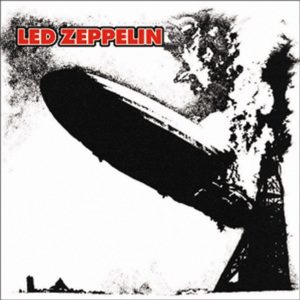 Really, a case could be made the Invasion never stopped, only slowed. As the 70’s ran on, Elton John, Alan Parsons, David Bowie, Queen, ELO, The Police, and Dire Straits appeared on the charts. Solo efforts by former groupmembers like Eric Clapton and Rod Stewart added to the mix. By the end of the decade, Punk was coming into vogue, including bands like the Clash, the Sex Pistols, and Elvis Costello and the Attractions.

MTV in the 80’s fanned the flames, and many of the New Wave and techno-pop sounds that we listened to in the Brat Pack movie soundtracks and on the radio came from Brits like Genesis, Joe Jackson, Thompson Twins, Spandau Ballet, Tears for Fears, Depeche Mode, Eurythmics, Duran Duran, and the Fixx.

I sort of lost track of what’s hot on the radio as the 90’s began. I’m thoroughly stuck in the 60’s through the 80’s, with the exception of any new releases by old favorites like Van the Man, Neil Young, the Boss, the Stones, and Elton John. But we Boomers can proudly look back at one of the biggest shakeups in rock and roll, the British Invasion, and say that we remember it well.