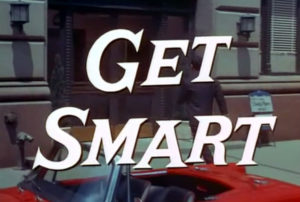 Saturday nights were a good TV night when I was a kid. Flipper was on, as was Pistols ‘n’ Petticoats, a show I loved that was only on for a year. But another show I loved, which lasted a lot longer, was Get Smart!

The show was pretty wacky, but with a deadpan approach. Think of Dragnet, with Joe Friday replaced by a bumbling secret agent. Here’s a typical exchange, delivered in deadpan:

Senator: Who’s the number one man in your organization?

Senator: How many cases were assigned to Control last year?

Senator: What would you do if you were fired, Mr. Smart?

Maxwell Smart: They can’t fire me. I know too much. 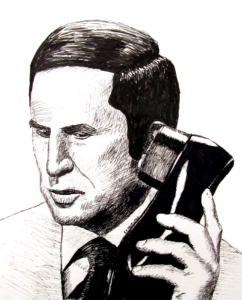 The show was brilliant, hilarious, and fun. How could it be anything else, seeing how Mel Brooks and Buck Henry were the main writers? The show’s popularity wasn’t hurt by the appearance of one of the foxiest ladies on 60’s TV: Barbara Feldon. Man, I’ll bet she sold a lot of Mercury Cougars.

Maxwell Smart would, agent 86 of Control, would find himself in one fix after another in his struggles with Kaos. However, he would manage to finagle a solution and get away in time for next week’s episode.

The show’s unforgettable opening involved driving his car to Control headquarters, then making his way though five doors until he gets to the phone booth at the end of the hall. He would then dial a number and drop through the bottom. 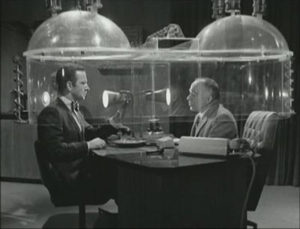 Max’s lines were memorable and repeated by us ad nauseum. “Sorry about that, Chief!” “Would you believe…” “Missed it by that much!” “I asked you not to tell me that!” “Ah, the old (fill in the blank here) trick!”

And then there were the gadgets. The Cone of Silence (which worked a little too well). The shoe phone. The car cigarette lighter phone. The potted plant phone. The fireplace log phone. The pocket disintegrator pen. The ping-pong paddle gun. The gun that fires three directions at once. The cigarette butt grenades. And, of course, the aluminum knuckles (cheaper than brass).

This was quality stuff. Brooks and Henry took some outrageous chances with jokes that were unlike any on TV, and they scored big. I laughed as hard as my parents. Some of the adult humor went over my head, but there were enough pratfalls and such that it was fun for all ages.

Max and 99 ended up married and the parents of twins before it was over with. Most agree that the show took a turn for the worse with all this family stuff going on.

Get Smart! the movie is slated for release some time in 2007. It has some pretty big shoes to fill.

For all you would ever want to know about Get Smart!, go to http://www.wouldyoubelieve.com/