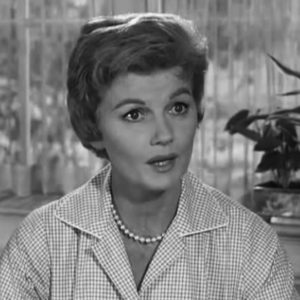 An interesting thing about the generations that come and go is the way each one adopts a word that means “good.” That word positively identifies the user of said adjective as a member of a certain social and/or historical group. Either that, or it makes them look foolish. You see, the descriptive terms sound right coming from the appropriate societal member, silly coming from anyone else.

Case in point: “groovy.” The qualifier, which is appropriate for anyone who protested anything during the 60’s, takes on a ridiculous connotation when used in, say, advertising.

Of course, the same could be said for practically ANYTHING used in advertising.

But the fact is that generations have long had the habit of defining their own language, especially when it comes to adjectives with a positive meaning. It’s part of what identifies them as unique.

A particularly eye-opening episode of Leave it to Beaver drove this point home to me at an early age. The Beav was talking to his mom about how the word “swell” fit many situations, most of them positive. June revealed that the word she used for the same purpose was “keen.”

I was probably twelve years old when I saw that, but it made an impression. I’ve been keeping track of generational synonyms for “good” ever since.

The word that was used when I was a seven-year-old in Miami, Oklahoma was “stud.” If something was REALLY good, it might be referred to as “studdo.” The word was just racy enough that I had to be careful about using it in front of my mom. She didn’t like it at all. 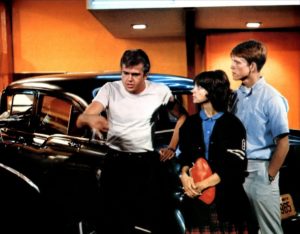 Oh well, it was better than a ubiquitous adjective of the late 50’s-early 60’s, as documented by American Graffiti: “bitchin’.” That one, had I dared to use it, would have probably warranted a washing out of my mouth with soap.

The aforementioned “groovy” was quite rebellious. Its origins can be traced to (gasp!) black jazz musicians of the 1930’s. It bounced around society here and there until it was adopted by the subversive hippy culture of the 60’s.

How appropriate, that those who would have the audacity to listen to music by Negroes like that Elvis guy would one day use their racially-unique lingo as well. 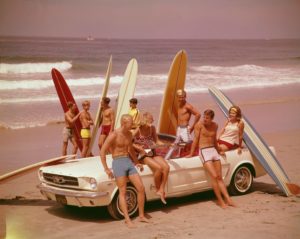 A word which sprung up shortly after groovy, and which has actually weathered better, is “cool.” According to the Online Etymology Dictionary, it also has an origin within black culture:

[Its original] slang use for “fashionable” is 1933, originally Black English, said to have been popularized in jazz circles by tenor saxophonist Lester Young.

What would grandma think?

As the 70’s took over from the 60’s, and the 80’s snuck up soon afterwards, California surfers began influencing popular slang, for better or worse. Terms like “tubular,” “gnarly,” rad,” and, God help us, “awesome” soon decorated the speech of the Gen-X’ers that followed us.

Trust me, Boomers, those terms belong to THEM. Remember what I said about how ridiculous it sounds when someone uses adjectives inappropriate to their generational membership? That describes a fifty-something describing anything other than a spectacular ocean sunset as “awesome.”

As your grandchildren come of age, just try to keep up with the newest ways they say things are good.

Just don’t try to use the terms yourself. “Cool” belongs to you. And it still sounds, well, pretty cool.