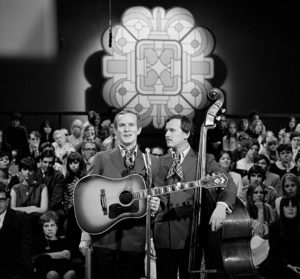 In the late 1950’s, a duo of brothers were making the scene in bohemian clubs and coffee houses in New York with a funny musical act. Eventually, they attracted the attention of TV talent scouts. Appearances on Hootenanny, as well as variety shows presented by Sullivan, Bing Crosby, Steve Allen, and Andy Williams made them household names.

Dick was the “serious” one, and Tom was the dork. That was their act, one that played the same through a sitcom (Tom was a dorky angel) and a series of variety shows.

In 1967, CBS launched The Smothers Brothers Comedy Hour. It wasn’t long before they wished they hadn’t.

What was lacking in their sitcom was any political views. These two folk musicians had plenty to say once they were thrust into a comedy-variety show format. And say it they did. And a half.

The Vietnam War was starting to get very unpopular with the nation’s youth. And Tom and Dick, to CBS’s chagrin, became the voice of that dissatisfied youth.

Guest stars included fellow folk singers like Joan Baez, Pete Seeger, rock acts like Jefferson Airplane, The Doors, and The Who. Interestingly, guests showed up who would prove pleasing to an older generation, as well. Jimmy Durante and Kate Smith come to mind. 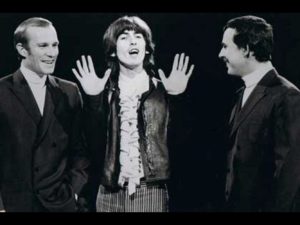 Pat Paulsen would throw a diatribe at LBJ that was so whacked out that it should have never been taken seriously, but it was. Not by Johnson, who would write a nice letter to the duo after the show’s cancellation saying he was never offended by the banter. But the rumors run rampant that Richard Nixon would later pressure CBS to get the show off the air so he wouldn’t have to put up with the criticism.

Years before SNL, humorous references were made to smoking pot. They also poked fun at The Establishment, the military, and the police. This certainly rankled the CBS execs. Eventually, they demanded a tape of each episode be presented to them in time for their “editing.” Tommy later claimed that they censored 75% of their episodes.

The censor’s axe got, among many others, these incidences: A 1968 Mother’s day message that ended with the words “Please talk peace.” Harry Belafonte singing before a backdrop of footage from the 1968 Democratic National Convention unrest. Joan Baez’s spoken introduction to a song where she mentions her draft-evading husband David’s being in prison. And of course, the most notorious: Pete Seeger’s protest song Waist Deep in the Big Muddy.

In 1969, the BIG axe fell. CBS claimed that they didn’t receive a tape of the season’s final show for their “approval” and prevented it from being shown. They also canceled the well-ranked show shortly afterward.

What’s hilarious is what slipped PAST the censors. Goldie O’Keefe’s weekly “Share a Little Tea with Goldie” was never assumed to be referring to a slang term for marijuana. Not even her opening “Hi! and glad of it!” rang a bell.

The Smothers filed a lawsuit against CBS over censorship that they lost. Needless to say, they never worked for them again. Here’s hoping someday those few episodes of one wild and crazy show will be released on DVD.