To reiterate my last column, we Boomers grew up knowing who the world heavyweight champion was. Nowadays, at press time, there are four with names I’ve never heard of.

In 1921, the World Boxing Association was formed. It presumed to call the shots as far as who the champions were in each weight division, and all seemed to agree that they were cool with that. Thus, the whole world agreed that the reigning champions had names like Max Baer, Joe Louis, Max Schmelling, Gene Tunney, and Rocky Marciano.

Then, in 1963, another boxing authority was formed: the World Boxing Council. Uh-oh. Now, we had the potential to have TWO different champions. 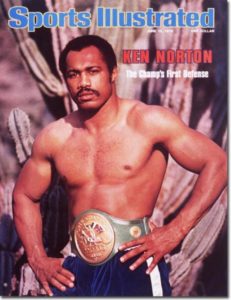 And, wouldn’t you know it, that’s exactly what happened. Ernie Terrell (the brother of one of Diana Ross’s Supremes) was named champion by the WBC in 1965 after Ali backed out of a fight with him, while Ali remained the champ as far as the WBA was concerned.

But there were only two names to remember, and only one after Ali brutally savaged Terrell in 1967 in revenge for Terrell referring to him as “Clay,” insulting the recently converted Muslim in the process.

Once again, all agreed who the champion was.

For some reason, in 1983, the International Boxing Federation was formed. And for some yet other reason, the World Boxing Organization was formed in 1988, Now we have four different governing bodies to decide who the champions are.

What a mess. Combine that with fighters like Ali and Jerry Quarry who are debilitated by their careers, the deaths of Duk Koo Kim and others in the ring, and the psychopathic behavior of former champion Mike Tyson, and it’s easy to see why the popularity of boxing is a shadow of what it was when we were kids.